at the BODY WORLDS Museum in Berlin

The field of fascia research has undergone remarkable expansion and growth in the last decade, which is shaping the progression of many related fields. In order to further support fascia anatomy education, the imaging of fascia has also been expanding, but until now a true visualization has been a challenge.

Based on this, the teams behind the BODY WORLDS Exhibitions and the Fascia Research Society joined forces to create an interdisciplinary team with the lofty goal to produce a full body plastinate, revealing the entire human fascial net, three-dimensionally. The result of this ambitious three-year project is the successful creation of the world’s first 3-D human fascia plastinate titled FR:EIA (Fascia Revealed: Educating Interconnected Anatomy). FR:EIA has become the new attraction and an integral part of the permanent collection at the BODY WORLDS Museum in Berlin.

For preview only - Prermission required! 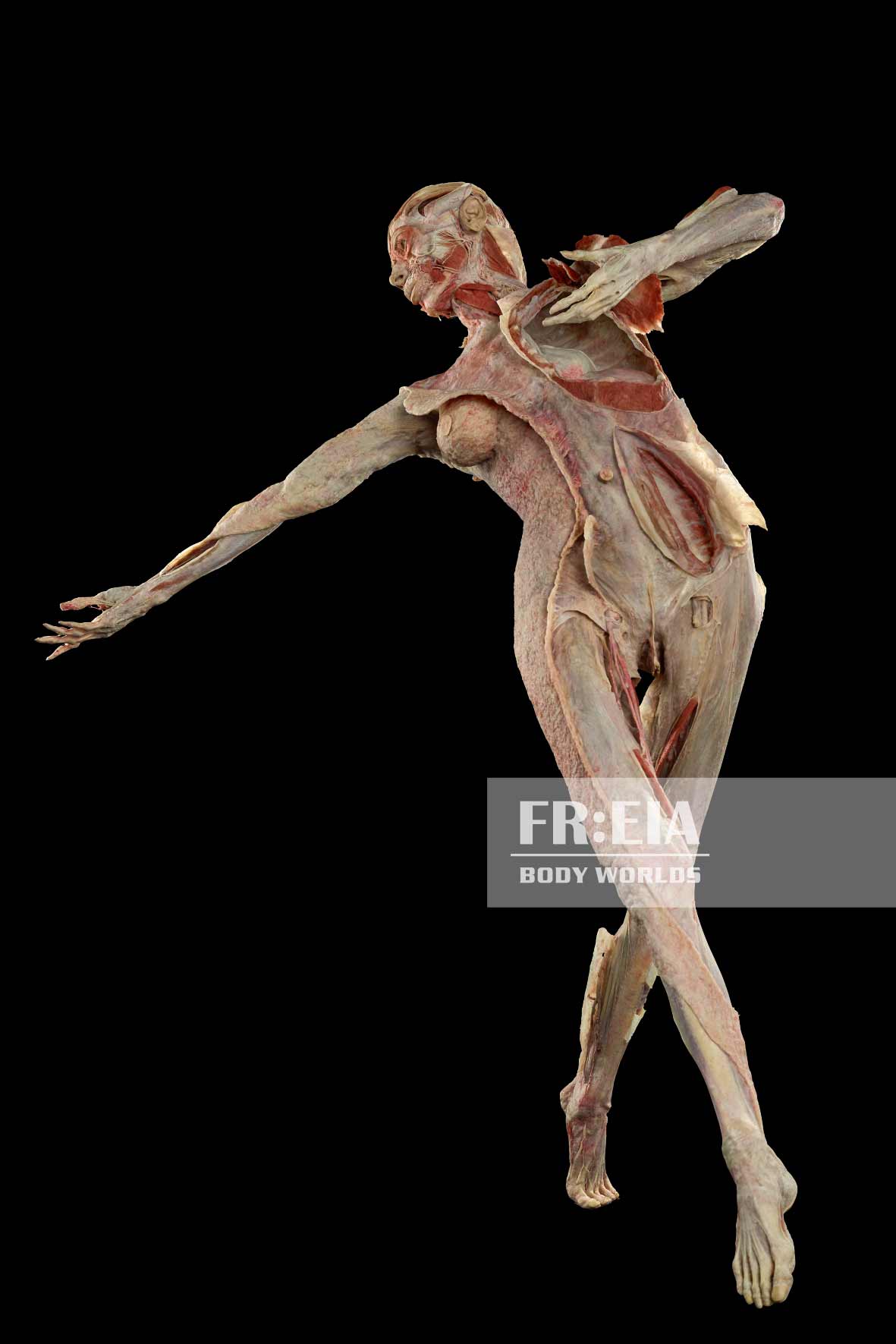 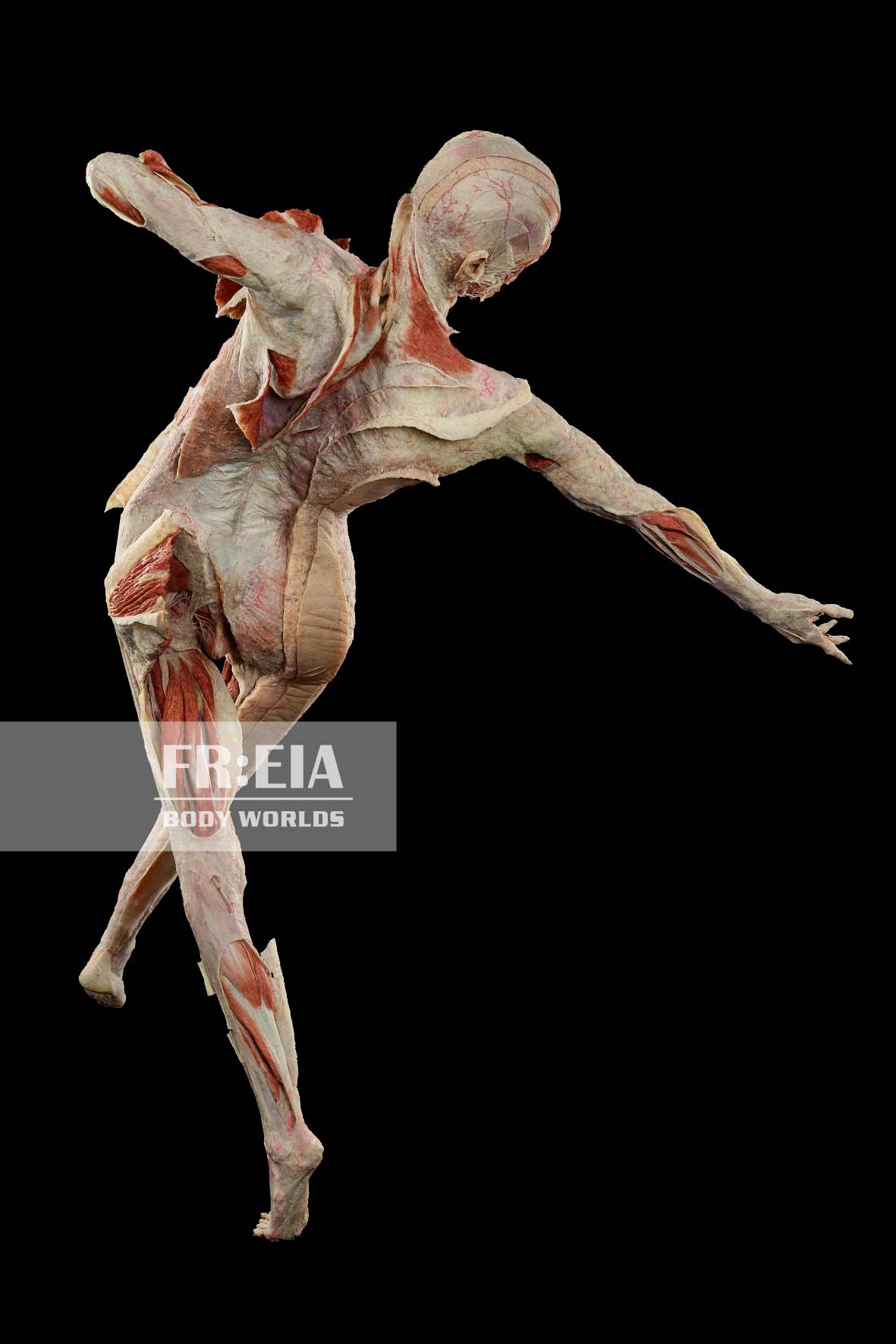 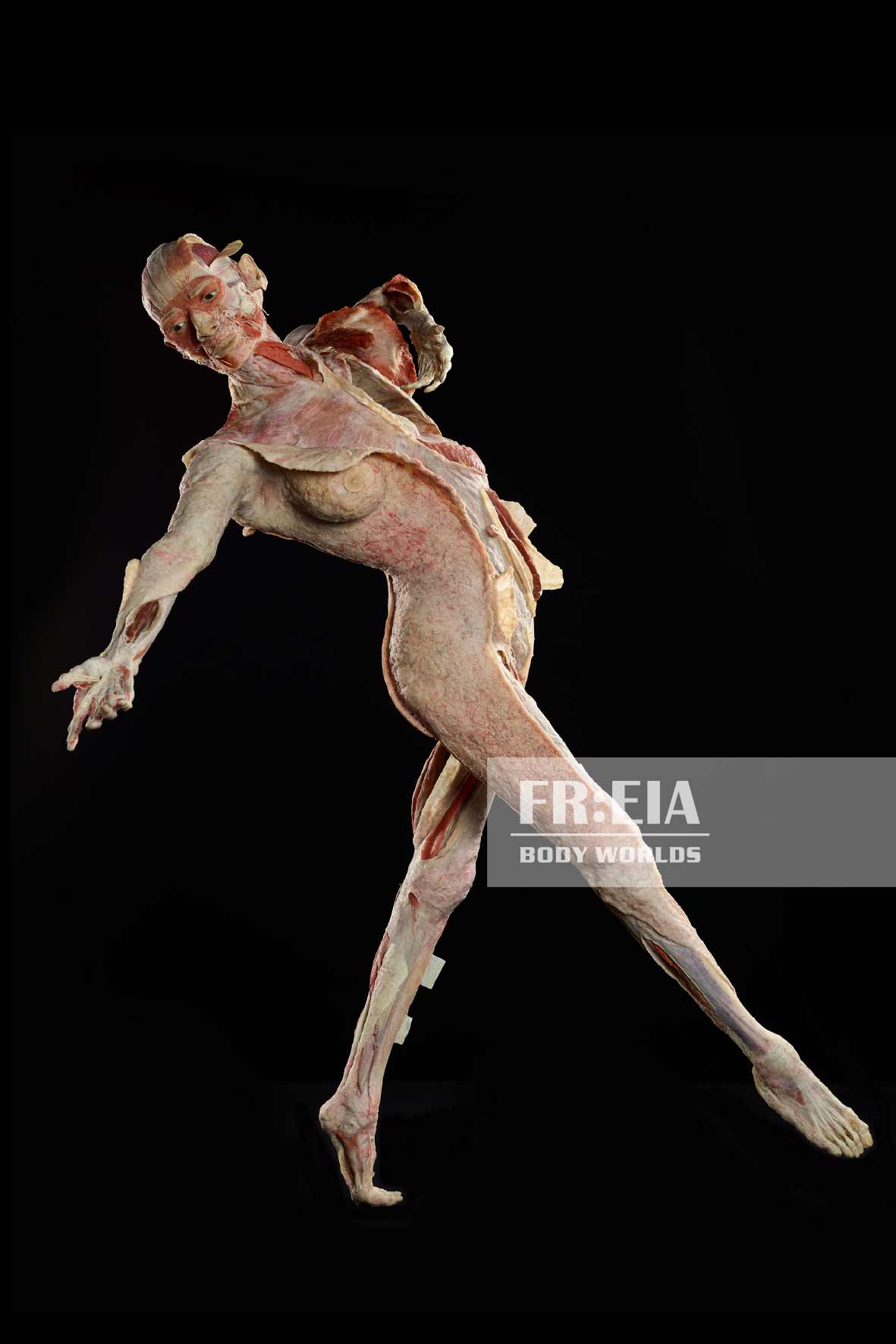 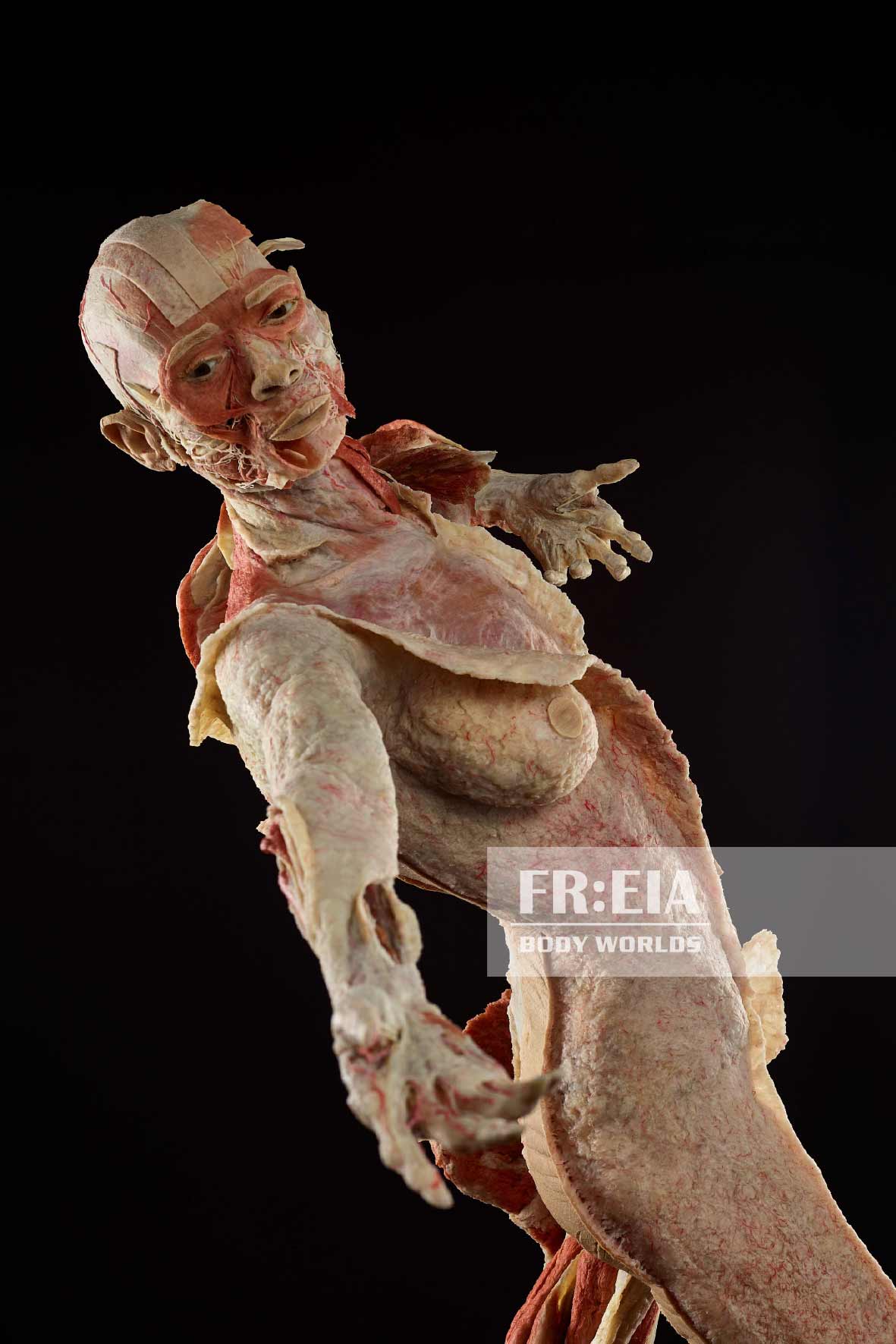 How to request an image

Image requests shall be send to g.gomez@plastination com and should include the image number, detailed informatiom about the publication, the context and use of the image. If the use is approved, an image agreement will be made.