Anatomy is the study of the body. The actual term derives from the Greek verb “anatomein,” which means “to cut open, to dissect”. It describes the most important process of this field of study— the opening up and dissecting of the body into its individual parts, and their description.

Anatomy is the oldest scientific discipline of medicine. The first documented scientific dissections on the human body are carried out as early as the third century B.C. in Alexandria.

At that time, anatomists explore anatomy through dissections of animals, primarily pigs and monkeys.

Claudius Galen (129-199) is the most prominent physician in Ancient Greece whose conclusions are purely based on the study of animals and whose faulty theories on human anatomy dominate and influence the medical science until the Renaissance, i.e. for over 1,000 years. 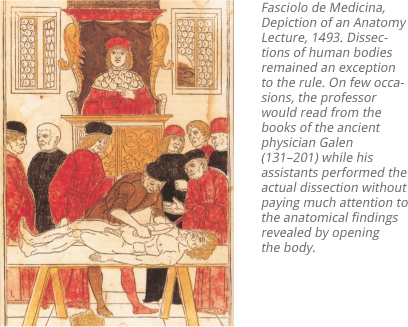 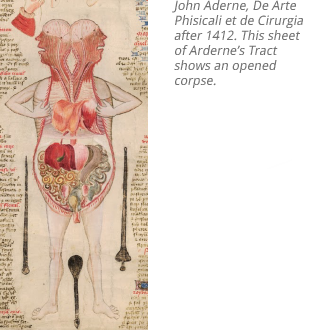 Although anatomy is not officially banned by the Church, social authorities reject the dissection of human corpses until the 12th and even 13th century.

This is why anatomical research stagnates. A change in attitude towards the teaching anatomy only happens during the 13th and 14th century. However, teaching consists primarily of lectures from the canonical works of Galen—without verification through actual dissections. 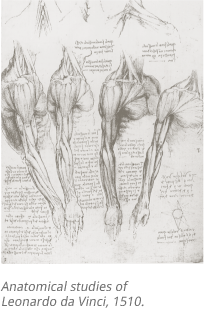 In medieval times, the body is seen as the frail housing of the soul. During the Renaissance, however, the human body is exalted for its beauty, and becomes the primary source of inspiration for artists of this epoch. For the sake of art, many Renaissance artists begin studying the human body.
Leonardo da Vinci and Michelangelo do not only attend dissections performed by their medically trained friends, but rather pick up the scalpel themselves – with the aim to illustrate the body in all its natural splendor. Not only are body and muscles depicted in the most realistic way, but also the bone structure, the skeleton and the skin.

Leonardo da Vinci passionately studies the human body. Under cover of the night, he climbs cemetery walls, steals bodies, and drags them into his studio. There, he dissects them and uses them as models for his sculptures. 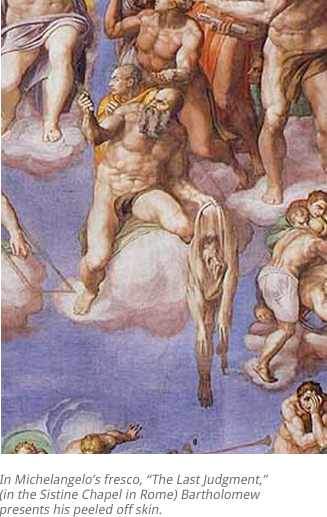 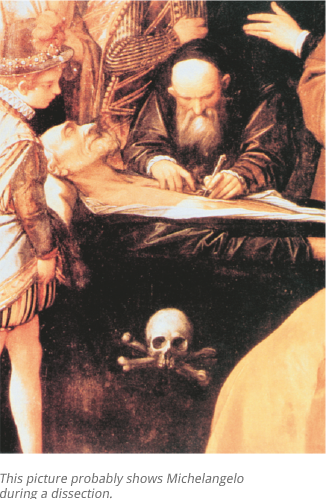 From the 16th century onwards

The actual science of anatomy is founded during the Renaissance with the work of anatomist and surgeon, Andreas Vesalius. Vesalius describes what he observes during the public dissection of human corpses. By dissecting human bodies, preparing muscles, tendons, and nerves down to the smallest detail, Vesalius is able to prove more than 200 errors in Galen’s anatomical works.

With his comprehensive scientific studies of human bodies, the young professor of medicine not only revolutionizes anatomy, but consequently, the whole science of medicine. 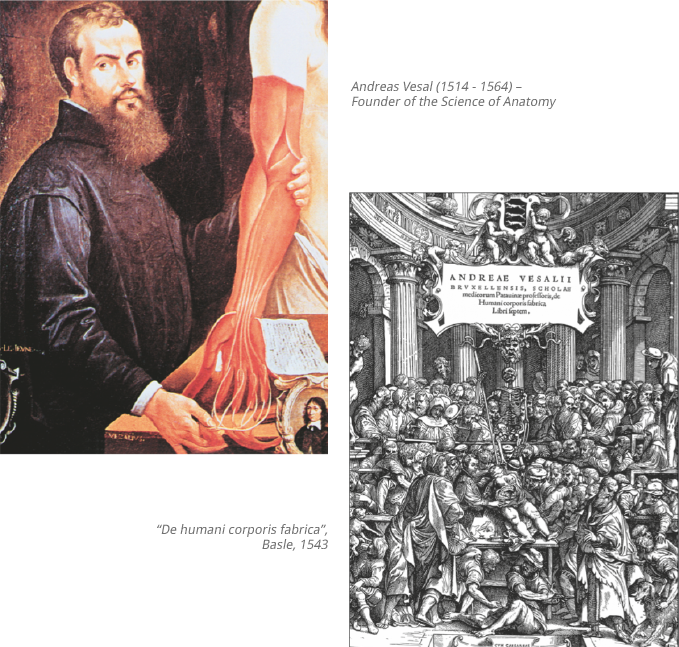 During the Renaissance, the dissections are not only of interest to a medical forum, but also access by the broader public.

This becomes evident on the frontispiece illustration for Andreas Vesalius’ 7-volume opus, “On the Fabric of the Human Body”. It shows Vesalius performing a dissection in a crowded theatre.

Artistic passion inspires the anatomists of the Renaissance, and interest in anatomy grows among the masses. More and more, physicians, as well as the general public, want to see the human body with their own eyes. The word “autopsy” hails from the Greek phrase, “To see with one’s own eyes”.

Anatomical theaters are built in many cities. Rich and poor alike would flock to the public dissection presentations. 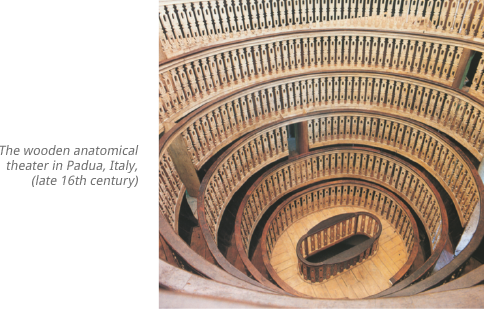 Some anatomists use their dissection skills in a traditionally artistic way and render their specimens into lasting works of art. Honoré Fragonard renders his anatomical specimens into lasting pieces of art. He injects them with colored wax that hardens inside the blood vessels. The remaining tissues dries up and is treated with varnish. His works are still on display at the Ecole Nationale Vétérinaire d‘Alfort near Paris, France.

In the 18th century, anatomical artists create the first whole-body specimens, which are dried and varnished. Some specimens from that time contain metal alloys which are melted and injected into the arteries while still hot. 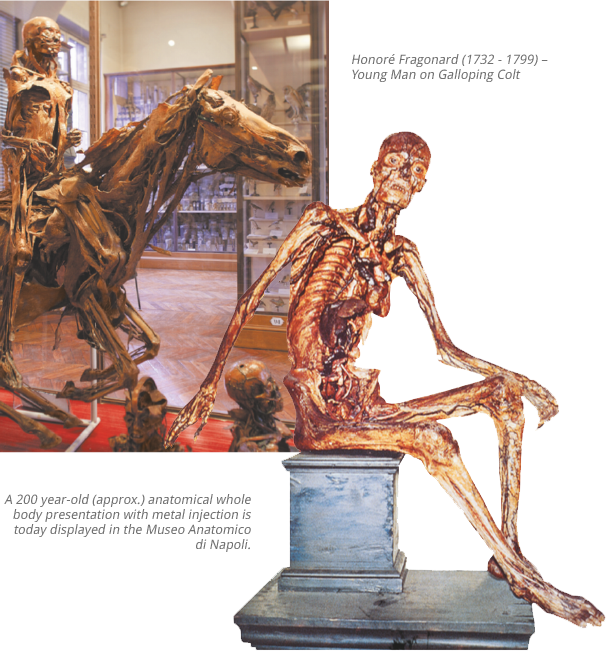 After the principles of human macroscopic anatomy—the study of dissected organs—is established. The field of anatomy becomes more specialized, and the microscopic anatomical realm opened up to anatomical scholarship.

The public interest in anatomy does not wane for several centuries. It is not until the 19th century, when anatomy becomes a science, that the public is excluded from witnessing dissections.

The BODY WORLDS exhibitions succeed in reviving a culture of public anatomy, inspiring millions of people to take an interest in anatomy.